Money has been mostly what people chase in their life to ensure they can meet whichever needs or desires may come. While many think that money makes them happy – money is actually a tool to make us happy. Some people are happy because they get that new Mercedes, or they get that new pair of shoes, or even that latest iPhone – but what is actually used to have all these? That’s right, it’s money.

By now you will be asking – man, how will by giving to charity make me richer?

Based on an article from the Entrepreneur, a research from The Social Capital Community Benchmark Survey by Harvard University stated that giving more of your money for charity leads to higher income. This fact takes into account of the differences in race, religion, age and other personal characteristics in America. How is this possible?

According to another research from the United States and the Center of Philanthropy at Indiana University provided an essential example – $100 increase in income per person leads to an increase in $1.47 of additional money given to charity. Simultaneously, an increase in the same $100 given to charity boosts GDP by a marginal $1,800. It is amazing to observe that small amount of money channelled into the society would impact such large multiplier effect and stimulates economic growth.

There is also another research called “Feeling Good About Giving” conducted by Harvard Business School discovered that people who experienced positive events such as receiving cookies or finding dimes in a payphone place are more likely to help other people afterwards which is believed to be due to the happiness they felt. This is further backed up by another experiment conducted where a group of people were to report their general level of happiness after disclosing how their monthly expenses are utilized; either towards personal use and/or public social purposes.

Surprisingly, people who give more money for charities experienced greater happiness. I would say that is also a type of richness in life, I mean, there are people out there who have billions of dollars in their banks but are still unhappy, worried or sad most of the time – hey, look on the bright side! You are already rich when you are happy and content with what you have and found meaning in life – that’s a great deal! 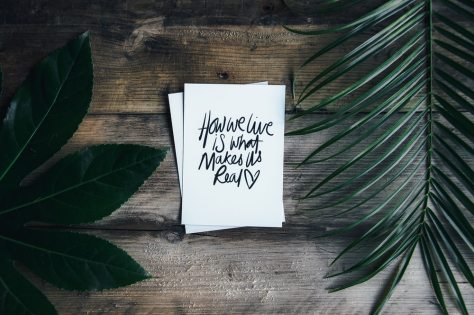 Analytically, when people feel happy – they will give more money towards other individuals or institutions for charity purposes. Simultaneously, when we look on a countrywide perspective, the charities (be it in money or other forms of charities) distributed will then encourage people to spend in the market. As a result, the country’s productivity is boosted – hence resulting in economic growth.

What happens if there’s economic growth? More of the consumers will have better incomes or stronger purchasing power – it will become a continuous cycle of pure goodness. Not only you are making yourself feel happy but you are also helping people become happy too! More people will have high likelihood to make charity and help more people who are in need. If ever, you feel like things always go wrong in your life, try and give charity a shot – who knows what you might discover along the way. Giving is living and you will always get more than you give.